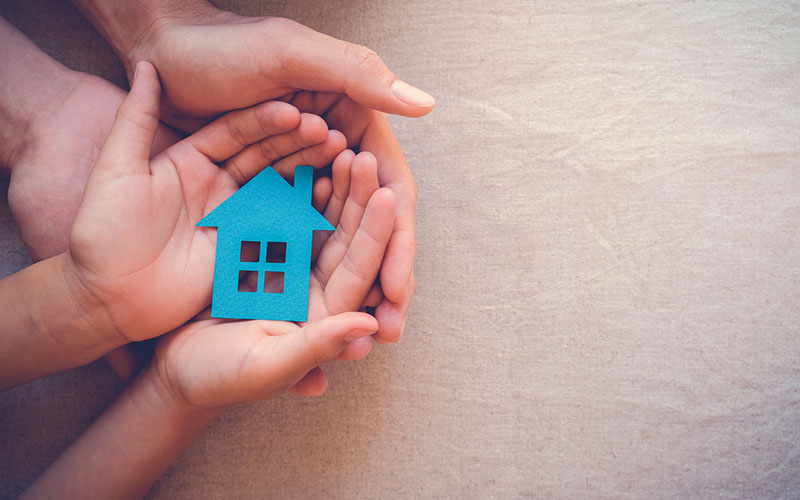 The economy in Northern Ireland is entering its most uncertain time since the “credit crunch” of 2007/08 and many home buyers and sellers, as well as landlords are worried about what will happen to the property market.

The housing market context since 2007/08

House prices suffered their biggest contraction on record following the 2007 crash. The effects were particularly concentrated in Northern Ireland as prices fell by 57% compared to 18% across the rest of the UK.  Furthermore, the house price recovery in Great Britain started in 2010 whereas it took until 2013 to see any meaningful recovery commence in Northern Ireland.

The legacy of a more severe and prolonged house price correction has left local prices approximately 38% below peak levels compared to 23% above in the UK (or 14% excluding London).

The goal is not to get back to (unsustainable) levels in 2008, but the evidence suggests local house prices remain undervalued in a historical sense. Over the last fifty years, house prices in Northern Ireland have typically been 20% more affordable than UK properties, whereas current levels are approximately 40% more affordable. Furthermore, once wages are factored in, a typical home in Northern Ireland would require five times a full-time workers salary compared to seven times in the UK. This implies that any future price adjustments may impact the Great Britain housing market to a greater extent.

Supply and demand for housing on PropertyPal- March 2020

Technology will permit some elements of the house buyers process to continue and indeed may change the whole process after the virus is gone. Virtual viewings, smartphone live tours, 3D walkthroughs of properties, and live chats are evolving developments which support the estate agent industry. Banks, lenders and surveyors are moving at haste towards desktop valuations to ensure mortgage lending can continue.

Whilst encouraging, the upside opportunities from technological developments cannot offset the short-term risks and market activity will inevitably slow in the coming months. In the last week alone, the supply of properties added to PropertyPal and the level of buyer interest has fallen by over 60% compared to this time last year.

PropertyPal forecasts the number of transactions could fall by 70% in Q2 2020 and potentially more so in the coming weeks.  A rebound in activity is expected later in the year as pent-up demand moves from Spring into the Summer/Autumn months. The extent and timing of the rebound will depend on when ‘normality’ returns to businesses and households.

From a pricing perspective, it is difficult to tell the scale of the direct impact. It is worth noting that a house is only valued at what a buyer is willing to pay, or what a seller is willing to sell for, provided they aren’t forced to.

The economic stress in 2007/08 was the result of a credit crisis where lenders faced huge restrictions of credit and high borrowing costs. The outworking’s generated a shock to unemployment which increased from 3.6% to 8.1%, equivalent to 37,000 people and a 13% fall in wages (inflation adjusted) for those who kept their job. This forced a surge in homeowners having to sell their properties at much lower prices as they couldn’t meet their inflated payments.

In today’s environment, without a surge of forced sellers, the extent of any price reduction will be more limited

The government’s recent announcements including mortgage holidays, deferred rates and VAT bills, interest free borrowing and lower central bank interest rates will support businesses and households in the coming months. The Job Retention Scheme, where the government will pay 80% of wages of staff ‘furloughed’, has been the most significant intervention to control mass increases in unemployment. There is also increased calls for direct cash payments to individuals – known as ‘helicopter money.’ Whilst an unconventional method of economic support, it cannot be ruled out as the government stresses a ‘whatever it takes’ approach.

Should these collective measures be sufficient to prevent a spike in unemployment and protect income levels, the scope for reductions in house prices is less likely as many sellers will opt to wait it out before going to the market. Furthermore, lenders facing capacity constraints have reduced the availability of lower deposit mortgage deals, instead focussing on servicing existing customers requests. Alongside the practical difficulties of completing a house sale, fewer mortgage approvals and registration of transactions will give little evidence to base house price movements on.

On the other hand, a significant increase in the number of available rental properties at discounted rates will exert downward pressure on house prices. This has been the case in Dublin and London as a flow of formerly AirBnB properties have flooded the marketplace. This may have a partial impact on Northern Ireland, but to a much lesser extent.

All things considered, the outlook for the market remains ambiguous. On the optimistic side, the market will largely ‘pause’ in the short term and there won’t be damaging structural impacts on the long run performance of the economy. However, should unemployment rise to a greater extent or furloughed workers unable to return to active employment if their business closes, the implications would be more severe.

The UK stock market is pricing in a 12% fall in house prices. However, in line with the uncertainty, research from Savills projects UK house prices may fall by 5-10% in the short term, whereas Capital Economics suggest a more modest 3% reduction by the end of the year.

From a Northern Ireland perspective, PropertyPal’s modelling suggests a reduction in prices in the short term in the region of 3-5%, but potentially by more in a more prolonged lockdown scenario. Price growth is expected to pick up at stronger rates during the rebound period giving negligible growth over the next 12-month period.