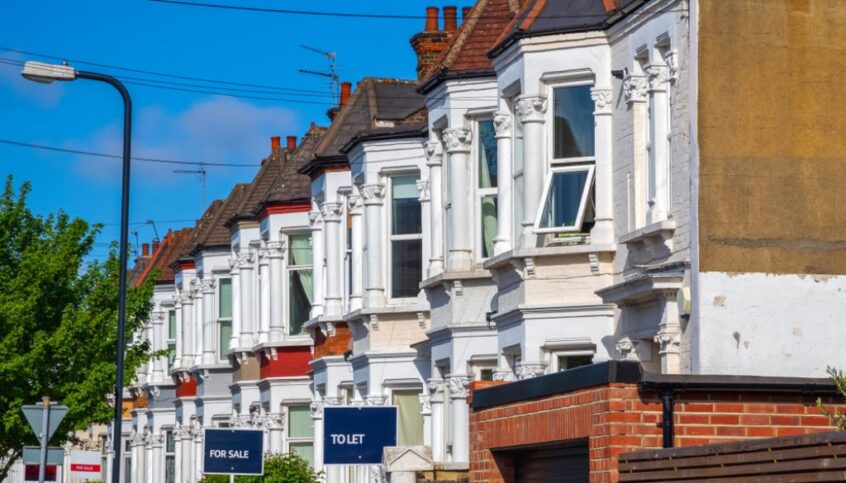 Agreed house sales have hit their highest level for at least a decade in the last month, with sales 60% above the figure recorded last August, according to the latest numbers from property portal Rightmove.

The online listings firm said it had seen the highest number of sales ever since it started recording the data 10 years ago, with the £37bn of transactions a fifth above the previous high. The move follows the bringing in of a temporary stamp duty holiday by chancellor Rishi Sunak at the start of July.

In addition, Rightmove said it had seen more homes put on the market than in any month since the global financial crisis hit more than 12 years ago.

However, the firm said average prices in the month had actually fallen slightly, despite record highs in seven regions, because of a sharp fall in prices of 2% in London. However, it said the average national month-on-month fall of 0.2% was far less than the 1.2% fall seen between July and August on average over the last decade.

The firm said an “out-of-city” exodus was driving record values in places like Devon and Cornwall.

Miles Shipside, housing market analyst at Rightmove, said the spike in market activity was a rewriting of the normal seasonal rulebook for how the market operates, with home buying appearing to take precedence over summer holidays. He said: “Home movers are both marketing and buying more property than we have recorded in any previous month for over ten years, helping push prices to their highest ever level in seven regions.”

He said the high levels of activity didn’t just reflect pent up demand, but also additional demand due to people’s changed housing priorities after the experience of lockdown, which was “keeping up the momentum of the unexpected mini-boom, which is now going longer and faster.”

The latest figures top several months of activity growth, since the housing market was re-opened in England on May 13th, and subsequently in other UK nations. The RICS last week reported the most widespread activity growth this century, with a net balance of 75% of estate agents seeing growth in activity.

Rightmove said growth was most pronounced in the higher end of the market, with sales up 60% year-on-year on properties at the top of the ladder, compared to 29% up for first time buyers.

While more property is coming on to the market overall, the growth in properties being put up for sale is most pronounced in London.

However, concern about the longevity of the growth in activity remains, with the RICS reporting that surveyors were concerned that the boom would be followed by an equivalent market bust. Over the last decade, house prices have closely tracked GDP growth, and official figures last week showing the UK entering the deepest recession on decade, and its first official recession since the global financial crisis.